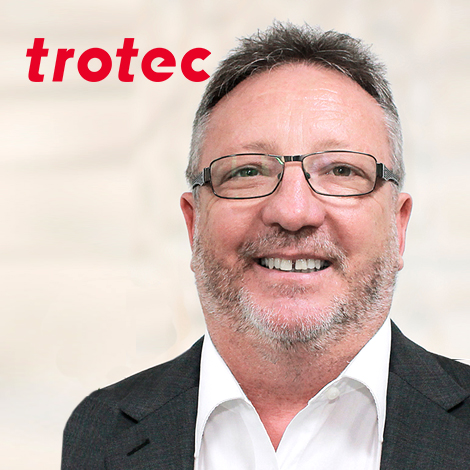 S04 : Ep. 16 : The Latest Innovations in Laser Technology and its Importance to 21st Century Education with Simon Moore

In this video episode we feature one of the leading minds in the laser technology sector Simon Moore (Director of sales at Trotec Australia) to unveil the latest innovations in laser technology. Simon shares how his passion for pushing the boundaries and continuously improving the use of laser technology has resulted in streamlining workflows and now effectively embedding this technology into 21st century education alongside integrated software and hardware. With his 30+ years of experience, Simon goes on to share and demonstrate how simple it is to now create and manufacture ideas quickly, bridging lo-fidelity prototyping with high-fidelity prototyping without complex software skills – an absolute game changer! This is the new standard and changing the way we design, ideate, iterate and manufacture. Tune into this video episode to learn more about this exciting technology and how it can be utilised in our day-to-day life as well as in the modern 21st century classroom.

About the Guest: Simon Moore (Director of Sales, Trotec Australia)

A true business visionary in the 1990’s, Simon built a global awards and branding business by being an innovator in e-commerce (first online store in 1999) and recognising the importance laser technology would ultimately play in the industry. After leading a large production and administration team from his facility in Adelaide, South Australia, Simon was head-hunted to become Managing Director of the Australian subsidiary for world-leading laser manufacturer Trotec Laser. Here is passion for the industry and building his team saw significant results.

Before long, his success saw him relocating to Austria as one of the Global Managing Directors at Trotec Laser Head Office to lead Global efforts. Here was responsible for developing and building local teams in key markets such as USA, UK, Canada and Australia, as well as leading global sales and marketing efforts and teams in HQ. Now back in Australia and working as a consultant, he continues to channel his passion for building both businesses and teams, with a constant eye on developing the future whether through the education system or customers.

Ultimately a successful leader is only as successful as their team and customers.

Trotec Laser is recognised as the global leader in laser technology and software for schools and universities as well as industry with thousands of customers worldwide. Trotec has been involved in the Australian education sector since the early 2000s and has hundreds of customers in every state and territory across Australia.

Ongoing training and support are just part of the Trotec package which means teachers, and therefore students, are fully supported by our team of laser and materials experts.

We also have showrooms and warehouses located in various cities across Australia and New Zealand including Sydney, Newcastle, Brisbane, Melbourne, Adelaide, Perth and Hamilton (NZ).

Trotec is an approved supplier of laser machines by the NSW Department of Education under the DoE-SI-18 Industrial Arts Machine Contract.