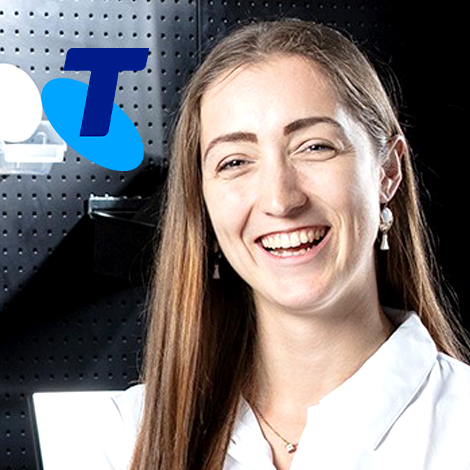 The “Internet of Things” (IoT). In this episode, Michelle Howie (a Technology Evangelist from Telstra) and I discuss the various attributes and elements that involve IoT. This technologically advanced conversation unveils detailed responses to questions such as – What is IoT? Why is IoT important to the 21st century? How does this play a huge role in preparing the digital natives? What does IoT look like within schools? How is 5G going to impact IoT technologies? Michelle then moves on to share her advice on how the current education system can prepare students to harness the IoT as well as how professionals now can prepare and take control! She signs off with detailing exactly how students and educators can work with Telstra (using IoT) and other emerging tech initiatives to step into the 21st century. These are just some of the valuable insights uncovered in this 21st century conversation. Tune in for everything IoT.

Michelle is the Developer Advocate of TelstraDev, Telstra's API and IoT Marketplace, where she leads engagement with the External Developer Community. As a tech evangelist, she drives awareness and adoption of emerging technologies like 5G, IoT, VR/AR, Mobile Computing and AI. Based in Adelaide, Michelle is also a Global Shaper, Hackathon Hustler, and Podcast Host. She has a passion for global connectivity and an enthusiasm for technology as an enabler. Michelle graduated from University of South Australia with honours in Engineering (Electronics & Communications) and was awarded a New Colombo Plan Scholarship to work and study in South Korea and Hong Kong during her degree.

THIS EPISODE WAS PROUDLY AND EXCLUSIVELY SPONSORED BY TELSTRA
www.telstra.com.au

Telstra is Australia's leading telecommunications and technology company. Our purpose is to build a connected future so everyone can thrive. We are also Australia’s largest IoT network, with 4 million sq km of coverage that connects millions of devices across the country.