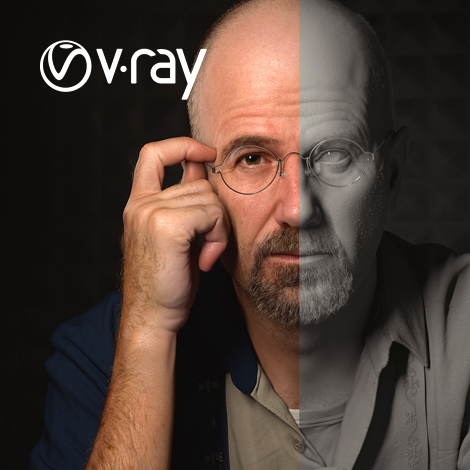 S03 : Ep. 17 : The Future of Visualisation in Design with Christopher Nichols
Listen to Episode

Ever watched the hit blockbusters - iRobot, Day After Tomorrow, Tron, Oblivion? Christopher Nichols (Director or Chaos Group – company that brings you VRay) outlines his amazing career in Computer Graphics, VFX and Visualisation coming from studying Arts and Maths through to an Architectural career and on to the movie sets of Hollywood. Chris’s leadership within Chaos Group to bring us VRay (one of the best and biggest rendering packages in the world!) has been an industry disruptor globally. Chris and I discuss through a detailed conversation on the various attributes of renderings and visualisation, within the various industries and how these skills can be developed, nurtured, and harnessed for successful careers within gaming, film & television and design industries. Chris also outlines the related attributes of combining the creative outlets such as photography and with design and visualisation to enhance your communication – even utilising VR! Chris’s advice for professionals, students, and graduates to harness these skills within the 21st century is simply the tip of the iceberg, not to mention the sneak peaks at the future of visualisation technology using real-time ray tracing. Tune in for a jam-packed episode, coming to you straight from Los Angeles, US.

CG industry veteran Christopher Nichols currently serves as Director of Chaos Group Labs. He holds a Bachelor’s degree from Colgate University majoring in Mathematics, Art and Art History, and a Masters in Architecture from Rice University.
Christopher’s deep understanding of both art and science has taken him on a wide and varied career path. He was hired by Gensler - the largest architecture firm in the world - to focus its CG visualization. He later applied his knowledge to a long career in visual effects which includes movies such as Maleficent, Oblivion, and Tron: Legacy.
In his current role, Christopher finds interesting ways to bridge gaps between technical and creative CG problems in many industries, including VFX, architecture, and product and automotive design. He also serves as host of the popular CG Garage podcast.