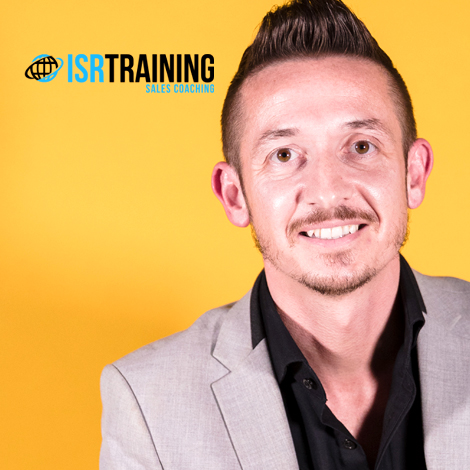 Straight from Shark Tank Australia to the stage with the Wolf of Wall Street – Ryan Tuckwood (Co-founder of ISR Training) and I discuss quite an underrated topic – ethical communication. More accurately, how to design your ethical communication. In this episode, Ryan humbly shares his story of evolving from a systematic thinking engineer to developing a debilitating fear for sales and ultimately becoming the one of the most sought after sales trainers in Australia using the SWISH (Sell With Integrity Sell With Honesty) approach. This episode uncovers details on how ethical communication is designed through integrity, authenticity, honesty, and a good morality. Ryan then goes on to explain how this type of communication is vital for any industry within the 21st century. Not to mention how these skills can be nurtured, learned, and developed, as he did himself. Alongside some incredible advice applicable to professionals and students in any industry.

Ryan Tuckwood is 1 half of the shark tank victors at ISR Training & is now widely regarded as the No1 ethical sales coach on the planet. Ryan openly admits he was once a reluctant, failing sales professional, struggling initially and even sleeping on a bathroom floor at one stage with just 31 cents to his name. He has now coached almost 6,000 businesses & individuals globally, showing his clients how to close over $1billion dollars in new sales revenue in the last few years alone, including companies such as Mercedes-Benz, National Storage, Westpac, AMEX, REIQ, Australian Skin Clinics and many, many more have all now come under his guidance.

Ryan and ISR Co-Founder, Jack Corbett boosted their profile in 2018 after appearing on Channel Ten's 'Shark Tank', where they became the 1st company in Australian history to successfully secure the support of 3 Australian entrepreneurial powerhouses in Dr.Glen Richards, Steve Baxter & Andrew Banks, who are now shareholders & advisors for Ryan & ISR.