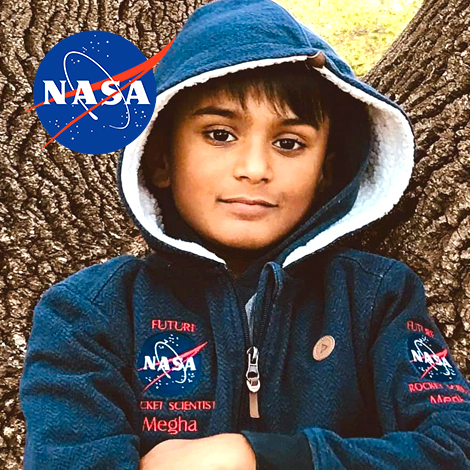 S02 : Ep. 05 : Year 4 to NASA – A pathway beyond this world with Megha Wijewardane
Listen to Episode

In this episode I had the privilege to speak to the young aviation & aerospace prodigy – Megha Wijewardane. Megha shares his incredible story in becoming NASA’s one and only ambassador for Australia at the age of 9, alongside his journey from his humble beginnings. We unpack insightful information, about his involvement with NASA as well as how he learned (almost self-taught himself) about aviation, aerospace and physics (just to name a few topics!). Megha and I follow on to speak about how to build knowledge from as early as year 4 and the tips and tricks that have led to Megha’s success. Megha humbly shares his career aspirations for his future and how he plans to contribute towards the aviation and aerospace industries, alongside NASA. This inspiring episode was capped off with some valuable advice and wise words from Megha’s experience towards teachers and parents, as well as his own friends, peers and students. Highly engaging and simply awe-striking. This episode is a once in a lifetime, in inspiring design.

Megha Wijewardane is Australia’s only Junior Ambassador for NASA. He has been trained to represent NASA's OSIRIS REx mission by the University of Arizona Lunar and Planetary Laboratory which leads the mission. Megha has the capacity to engage with the public to provide information about LPL, Goddard Space Flight Centre, Lockheed Martin and other Instrument Partners. This award winning 9-year-old South Australian born and raised boy (Sri Lankan Descent) studies at Westminster School Adelaide in grade 4. He is really passionate about Aerospace, Aviation, Defence, Engineering, Science and Technology and he has worked on challenges in problem solving at international level and NASA Space Apps 2017 was his first ever international problem solving platform and he was able to win Northrop Grumman prize at the event competing with University Level problem solvers.

In 2018, Megha participated at “ActInSpace” challenge where he was the youngest entrepreneur and the team leader in Australia and to pitch to Airbus on a solution for ghost ships ( Ships with no transponder) using Airbus satellite data. Also, he did the NASA Space Apps Challenge 2018 and his problem solving on Asteroid Bennu - mission OSIRIS REx was well received.

Just recently Megha led a team of 7 for NASA Space Apps Challenge 2019 and the team was able to build an innovative platform to save the lives of most vulnerable people who face natural disasters, using NASA live satellite data through an app. Megha Wiewardane is the youngest student with access to computer based flight training in civil aviation at Flight Training Adelaide. Megha is passionate about sharing his enthusiasm and curiosity with others and he believes in using science and technology for the safety, harmony and upliftment of the society. Innovative Integration for Intervention is Megha Wijewardane’s current motto.