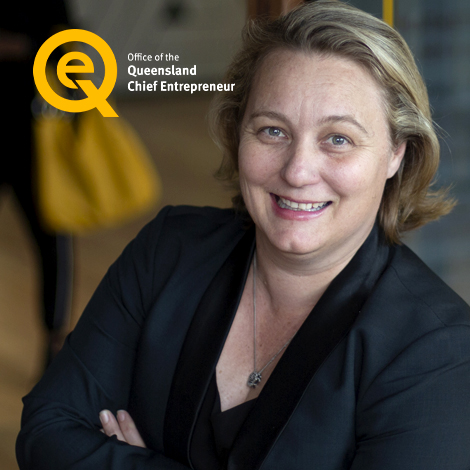 In this episode, Leanne Kemp – The Chief Entrepreneur of QLD - and I passionately speak about ‘Skills Currency’ and how this forms the foundation of 21st century career success. We discussed and unpacked detailed answers on defining exactly what ‘Skills Currency’ is alongside answers to other transformative and challenging questions such as – How does skills currency play a role in education today? What do educators need to do to facilitate the development of skills currency for the future leaders of tomorrow? What should the students of this current generation (whether in secondary or tertiary) to do expand and establish their skills portfolio and increase the value of their skills currency? What about the mindset required for this? Tune into one of the most engaging conversations of the 21st century from one of the leading entrepreneurs of Australia.

Leanne Kemp is Founder and CEO of Everledger and Queensland Chief Entrepreneur. She is a prominent figure in the technology sector and recognised internationally as an innovator and leader. Her company Everledger uses Blockchain technology to track high-value assets such as diamonds, art and wine with the aim of increasing transparency and trust with technology.

Leanne’s awards include the Advancing Identification Matters (AIM) Global Allan Gilligan Award 2019, Advance Global Australian Awards 2018 for Technology Innovation, and Innovator of the Year 2016 and 2018 at the Women in IT Awards (London).